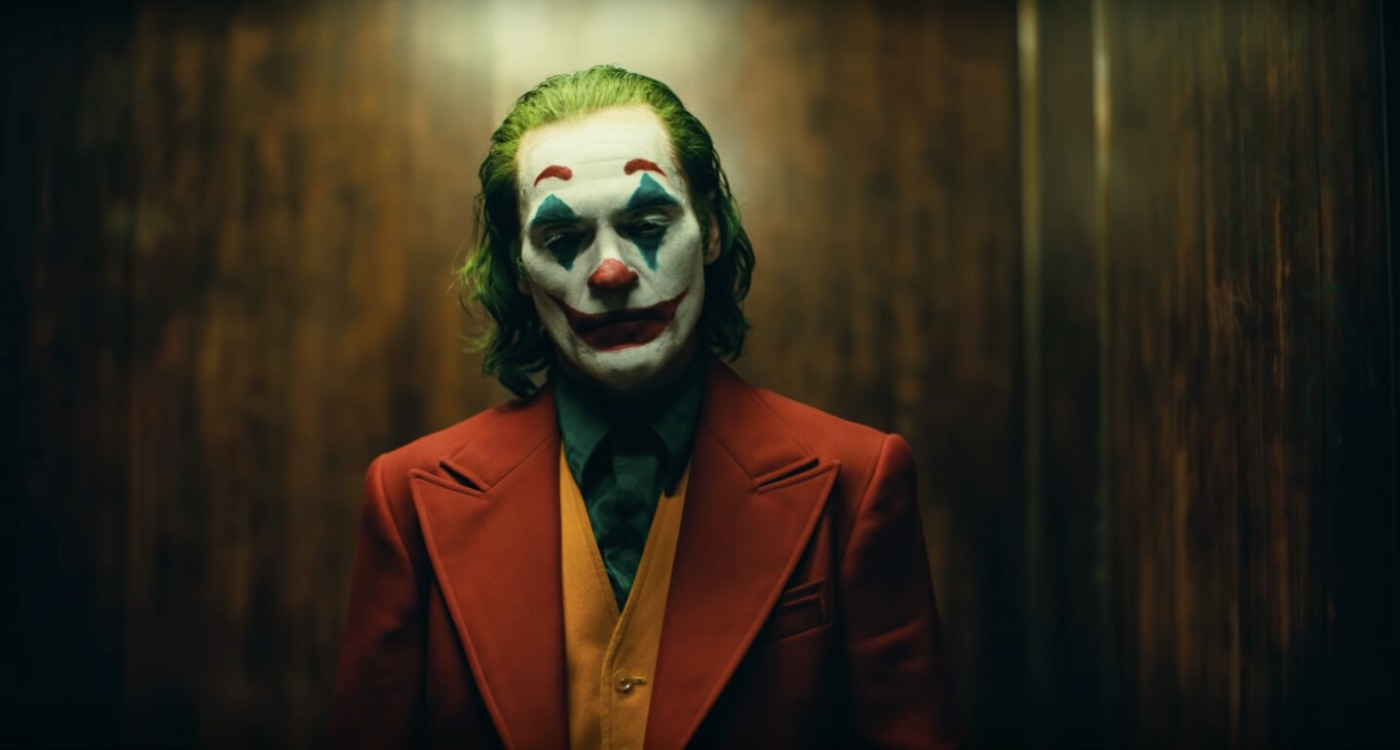 When it comes to the rogues gallery in Batman, the main appeal of the Joker is both his agency of chaos and unexplored backstory. Give him history akin to the wicked witch of the west, and the villain feels robbed of his identity. That’s not to say there haven’t been attempts to flesh out his origins with actors like Jack Nicholson, Mark Hamill, and the late Heath Ledger. So consider this feature for the sake of argument in favor of adding its own lore without any attachment to previous comics, tv series or movies. A noble effort by director Todd Phillips (The Hangover Trilogy) in this era of remakes and reboots, but what’s the final result?

Arthur Fleck (Joaquin Phoenix) is a down on his luck aspiring comedian living with his mother (Frances Conroy). And each day just makes his reality that much more of a living hell. From putting up with his social worker, to his contagious laugh that might be a lung detriment, to consuming medication as if everyday were thanksgiving. The only thing keeping him sane is the prospect of appearing as a guest on a talk show starring his idol Murray Franklin (Robert DeNiro). But how long until one bad day changes your life forever?

Before dissecting this cautionary tale (remember those words), let’s discuss the elephant in the room surrounding the pre-release fear and hysteria. The Colorado shooting during the premiere of The Dark Knight Rises was a tragedy, but it’s also one of the many instances of scapegoating certain media that, even when proven innocent, still gets the blame for society’s ugliest moments. Despite the rise of sympathetic villains in media over the years, this for some reason gets the most flack for being too close to reality even though it was in production long before recent events painted the world red. One could argue that society already had bad influences in high places before the trailer to this was released, while the real perpetrators place blame on media that only seeks to entertain, even if it’s for a different crowd (We’ll get to that later this year). Just because we can identify with certain villains, doesn’t mean we completely side with them. No one’s going to go out of their way to wipe out half the universe after empathizing with Thanos in Avengers: Infinity War. And in terms of the villain himself, how is this any different from other dark interpretations? Has everyone forgotten the past 80 years of lore that previous directors, writers, and artists took with this character? The Tim Burton film, the animated series, The Dark Knight, the animated features, and especially the Arkham games. It’s been there all this time, so what’s changed? Is everyone still expecting something on the level of Cesar Romero’s 60’s interpretation? The Joker didn’t cement his place in history as one of the best villains of all time by acting like a Care Bear. Also there’s a good reason why this is R rated in the first place. In a world where many critics and journalists complained that DC movies were becoming too much like Marvel in style and tone, it’s very hypocritical to see the same people accuse this of being too violent and uncomfortable after asking for something different. Especially when they also voice their opinion about Marvel fatigue in accusing the Disney owned company from not changing their MCU films from one another. What exactly do they want if Marvel films feel the same, DC films feel too much like Marvel, but Joker is going too far in its justified R rated material? If you want more insight on the matter, check out Chris Stuckmann’s reviews below the article.

With all that vented, the opening shot sets up both the best and worst this interpretation has to offer. The cinematography gives the feeling of a graphic novel as opposed to a comic book, as the dark shadows clash with the warm lighting to give a very unsettling view of Gotham come day or night. There’s also a very unnerving soundtrack courtesy of Hildur Guðnadóttir echoing instruments to their highest notes to further emphasize the uneasiness. And at the center is Joaquin Phoenix who definitely lives up to the early screening hype in every way. The weight loss, maniacal facial expressions, the new take on the laugh, even his running cycle is an art of its own the perfectly fits the villain. With no strings attached to any source material, this can let loose and go in any direction it wants even when reminding everyone that it’s still a Batman movie. Some of these story beats lead to brand new iconic moments with the clown prince of crime and even unapologetic surprises by questioning what events are real, and what’s part of Arthur’s imagination. It not only questions your own morality, but the part society plays in shaping those around us and sometimes the consequences of failing to help people in need.

So with all this going for it, what keeps it from being one of the best films of the year? For all the new iconic moments, there isn’t much to work with in the span of two hours making it bare bones in retrospect. Because of this, some scenes suffer awkward pacing with important moments getting thrown under the bus while minor details feel padded. And given that there won’t be a sequel to this, the pay off could’ve been a bit larger for anyone who’s expecting a gigantic climax. Instead it goes for the humble beginnings approach before closing the curtain on this interpretation forever, which is a shame because there could’ve been much more done with this Joker’s twisted sense of humor compared to something like Deadpool, which I’ll argue in defense of this, is even more violent despite the lead being a hero.

Joker is a very well done addition to the clown prince of crime, if a little bare bones and predictable when looking back. But for an origin story around an antagonist that prefers multiple choice, this is probably as good as it gets. The performance by Joaquin Phoenix definitely carries the whole experience when thrust into the graphic novel cinematography. The music completely embellishes the uneasy nature when following Arthur, the story takes a lot of detours that keeps the direction unpredictable, and best of all it leads to some interesting new material and brand new moments that feel like something the Joker would do. But to anyone who’s still buying into the fear and hysteria, today’s review is brought to you by the words Cautionary Tale: you can empathize with Joker, but in the end it’s just showing a dark example of what happens when society lets people down. And it definitely heals the wounds left from the mediocrity of Batman V Superman and Justice League. Those who are familiar with the character should definitely check it out if only for curiosity sake. But whatever you do, don’t take anyone who doesn’t know anything about the Joker, otherwise it just might make their day a little more insane.

What did you think of Joker? What are your favorite Joker moments throughout Batman’s history? Whatever you think, comment and discus with others.

Also if you enjoy reading our content, be sure to Like, Comment and Share both our articles and social media pages with friends and family. And if you really want to support the site, consider signing up on our Patreon page where you can get some neat rewards for helping to keep the site afloat. This is THECINEMATICBANDICOOT celebrating Halloween throughout October with holiday content for those who enjoy the month of candy and costumes! SEE YA NEXT TIME!!!