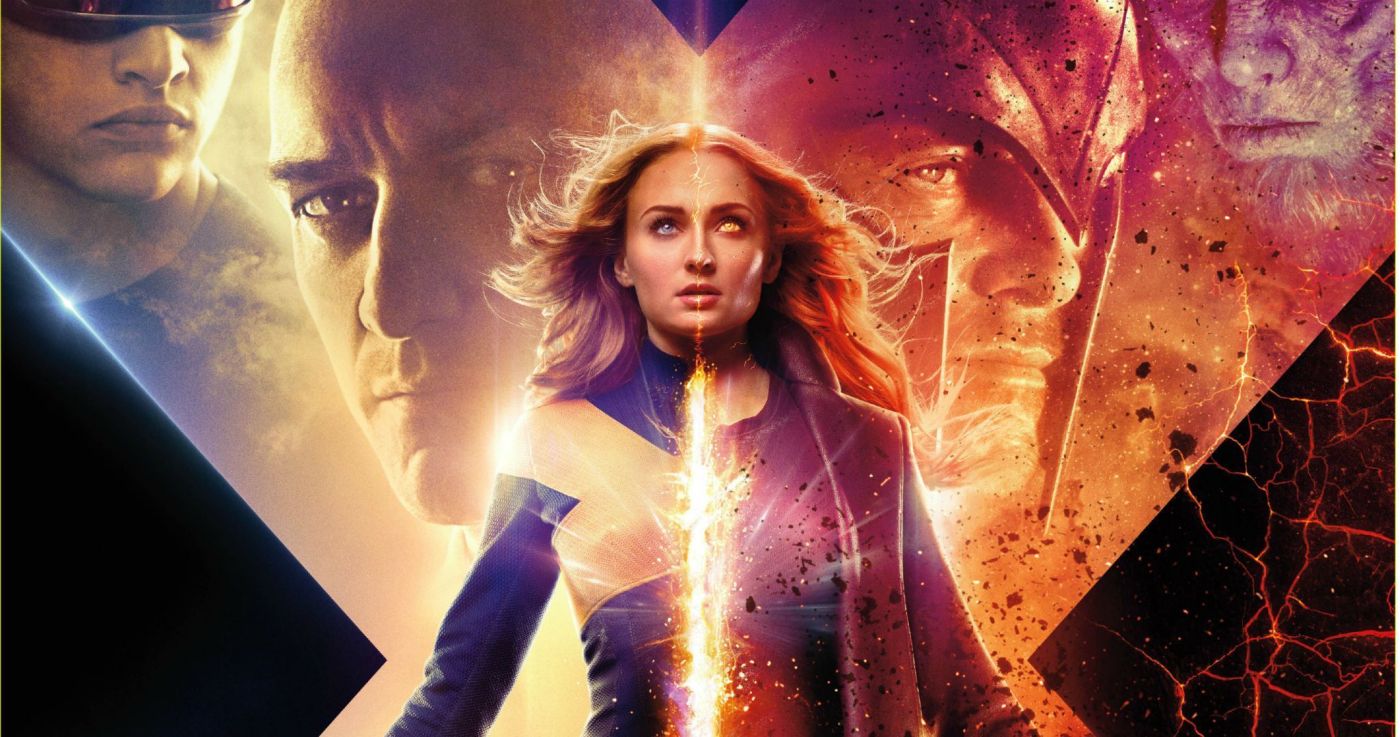 In the X-Men: First Class timeline, our heroes save a group of astronauts from a giant galactic entity. While everyone escapes, Jean Grey (Sophie Turner) absorbs the unknown element yet comes back to Earth unscathed. However her mental and physical powers are pushed to the limit as the new host gradually takes over and not even Charles Xavier (James McAvoy) nor the other mutants can help. Enter a race of shapeshifting aliens led by Vuk (Jessica Chastain) who wants the power for themselves and the delicate peace between mutants and humans is once again in jeopardy.

One can definitely revisit the X-Men films and see the impact they left on building a multi-connected universe for better or worse. While it’s easy to make fun of X-Men 3: The Last Stand for screwing up a conclusion handed on a silver platter, it had moments of grandeur and ethical dilemmas that were closely associated with the comic. But nothing compares to how X-Men: Apocalypse tarnished all the goodwill of Days of Future Past in wiping the slate clean and starting over. But with the Disney acquisition officially finalized, this timeline is folding so the mutants may join the rest of the established heroes in the Marvel Cinematic Universe. This has sadly affected the final product in the delays and reshoots this went through at the last minute.

If anything the entire cast gives everything they’ve got, particularly Sophie Turner in a dual role of Jean Grey and her dark side. It’s never easy to pull off this kind of performance, but she rolls with the punches and goes with the flow keeping the spirit of the character intact. James McAvoy, Michael Fassbender and the rest of the cast are still strong as the young X-Men, even if the timeline has been screwed up more than Back to the Future because everyone should be dealing with health problems and wrinkles with each film taking place a decade after the last. They know the central conflict of the comics and telegraph that on screen with ease. Jennifer Lawrence on the other hand is sleep walking through this just like last time and it really pales in comparison to Rebecca Romijin who is still Mystique even without the make-up. She’s so bored and wants to get this over with that there’s no sympathy for her when things take a dark turn. All that’s left is an actor playing a character instead of an actor becoming the character like Kelsey Grammer did when he transformed into Beast.

As for the Phoenix story, where do I begin? First the reshot train sequence is the peak of the action which is how low a bar it tries to reach. Longtime X-Men writer turned director had nothing to do with this spectacle and it shows in how different it feels from the rest of the story. The stakes are raised, the fighting goes all out in the powers, and it has heroes and villains putting their differences aside for the greater good. If only that clashing development was present throughout the whole feature. Second, the villain is a complete waste for someone like Jessica Chastain. The aliens play a key role in he comic, but because of the circumstances surrounding the franchise, there’s not enough time to flesh them out nor another movie to further develop their species. Thus they end up as generic as Apocalypse switching their invulnerability status on a whim whenever bullets spill their blood. Third, the ending doesn’t give closure to all the established characters, but instead leaves it open ended for a sequel that will never happen with behind the scenes deals now in full effect. If this is supposed to be a finale, then why are there so many questions unanswered about where they end up? Fourth, the effects aren’t terrible, in fact they’d be amazing in any other movie. But the lack of imagination keeps them from standing out from the over saturation of super hero stories in the past decade. The entity in the beginning bears a striking resemblance to the smoke from Green making it hard to take seriously. Which leads to the story’s biggest problem: the unwillingness to fully embrace the material. We’re in a time where audiences can accept a talking tech-savvy raccoon and a purple giant that can wipe out half the universe with a snap of his fingers. So why is this afraid of using a giant firebird if it can jump between decades while the characters Benjamin Button their appearances? Something like this feels straight out of the 90’s and 2000’s where it wants to adapt the story, but do the exact opposite of what made it memorable in the first place. It’s not like everyone’s demanding to know someone’s social security number, we just want to see the storyline competently and faithfully adapted. This is the last X-Men movie, so would it kill anyone to heighten the action and team chemistry for a grander payoff? Or did this need to be split in multiple parts to get the full emotional experience? Either way everything combined with the boring pacing makes this one of the weakest finales in entertainment history.

Ranking the movies in both timelines I still stand by Apocalypse as the worst for botching a great villain and the chance to venture into new territory following the promising restart with Days of Future Past. But as a conclusion to the independent Fox films, X-Men: Dark Phoenix once again botches another golden opportunity of a winning streak that it actually makes The Last Stand superior in retrospect. The talented cast can only hold everything together to a certain point when the script doesn’t want to embrace its roots with unimaginative visuals and a villain so boring that Deadpool in X-Men Origins: Wolverine rubs less salt in the wounds. It’s a good thing 2017’s Logan exists to give closure to one of these timelines because without it this would’ve been a giant waste of 19 years. But for a better Dark Phoenix adaptation, either read the comic or check out the 90’s animated series because the fire in this film franchise has officially been snuffed. Not the worst X-Men movie, but definitely a failure to end an era.

So what did you think of X-Men: Dark Phoenix? What’s your favorite X-Men movie? Whatever you thoughts, comment and discuss with others. And you enjoy reading our content, be sure to Like, Follow and Share both our website and social media pages with family and friends. This is TheCinematicBandicoot saying SEE YA NEXT TIME!!!!!