Dr. Seuss had a quote after his regretful experience of writing The 5000 Fingers of Dr. T, “Hollywood is not suited for me and I am not suited for it”. Following his passing in 1991, there have been multiple attempts in live-action and animation to capture the same creativity of those pages on a larger scale. But no matter the quality, each movie suffers the same problem of trying to pad out an anorexic storybook into an hour and a half feature. It’s not like his tales weren’t adapted to the screen in the past, but the majority of them helmed by Chuck Jones, Friz Freleng and Ralph Bakshi lasts for 30 minutes. The best case scenario for these simple publications. They stay as long as they need to and make up for the short length in powerful morals. As a Seuss enthusiast it’s frustrating to see the same experiment over and over again with little change in effort from generation to generation. Case in point Illumination Entertainment’s awful 2012 spin on The Lorax, but that’s for another day. Today we have the third take on an icon who’s synonymous with the holidays with the likes of Ebenezer Scrooge and Charlie Brown.

Every who down in Whoville, such as Cindy Lou (Cameron Seely) her overworked mother (Rashida Jones) and jolly neighbor Bricklebaum (Keenan Thompson), likes Christmas a lot. But the Grinch (Benedict Cumberbatch) who lives just north of Whoville does not. And every year it gets bigger and bigger to the point where the mean one devises a plan to steal their holiday cheer.

As a third take on the well known book, what more can be done? Well there are a few things. It embraces the growing pains of each season having Christmas commercialism pop up as soon as the Halloween pumpkin is kicked into the garbage can like a football. The Grinch is more relatable when slapstick shenanigans ensue in avoiding carolers and putting together the heist. But the downside to making him relatable is his character’s very softened from his defining sourpuss features, making the change less impactful as he comes off as an annoyed neighbor rather than an anti-social grump. Benedict Cumberbatch’s American accent does learn to walk early on and separates from the crowd.  However Jim Carrey is still more memorable when dismissing the Chuck Jones drawings because his movements and mannerisms are that of a cartoon despite being trapped in layers of make-up. Coupled with the multiple sub-plots that skim over the important moments of Seuss’ writing, it’s not offensive but anything that’s new can be discarded with all the padded material from every theatrical Dr. Seuss treatment.

To its credit, the animation is the best the studio has put out. All the Christmas lights in Whoville glow with red, green and yellow for the whole world to see without an iPhone map. All the architecture keeps the patented Seuss curves and the backgrounds have a lot of clever puns on shop names and a large scope on how seriously the whos take Christmas. The citizens themselves don’t look like some horrifying beastiality experiment out of Splice, but rather a species in its own world, its so clean and crisp. That feels like the standard mission for Illumination Entertainment: glorify the animation but only use half that effort on the story.

Separating previous adaptations The Grinch succeeds at not being the worst Dr. Seuss film, certainly a step-up from The Lorax. But it’s just a Christmas edition of Despicable Me from a company that makes the same movie every couple of years yet somehow walks away as a member of the billion dollar box-office club. The animation alone improves on the ugly aesthetics of Ron Howard’s industrial park edition. But the story here reveals the more clever options Howard took despite the grotesque setting. At it’s best its okay at its worst its unnecessary. And at this point it goes without saying to stick with the 1966 Chuck Jones special if your a purist. If this is the best that can be done with Seuss’ material stretched out let’s hope his political stories like Yertle the Turtle and The Butter Battle Book don’t ever get the big screen treatment. 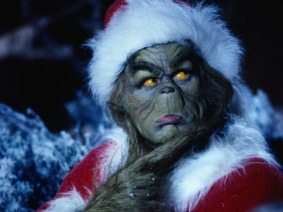 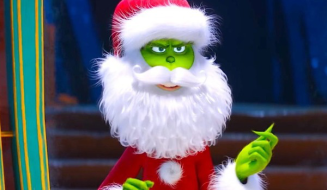 Which Grinch is your Grinch?