Still got tears to shed after Infinity War? Well bottle them up quickly because we got a pre-sequel that’s light on drama and high on laughs as we see what happened on the sidelines when the Avengers regrouped after their devastating split.

Dealing with the repercussions of aiding Captain America in Germany, Scott Lang (Paul Rudd) has three days left till retirement from house arrest. The same can’t be said for Hank and Hope Pym (Michael Douglas and Evangeline Lilly) who are on the run with their literal laboratory of a suitcase. All the while building a portal to the quantum realm to locate Hope’s long lost mother (Michelle Pfiffer) even if Hank must team up with his estranged former colleague, Bill Foster (Lawrence Fishburne). That is if the Ghost (Hannah John-Kamen) doesn’t get her hands on the technology first.

This year has been a tough competition for super heroes inside and out of Marvel. As Falcon pointed out in Civil War, Everyone’s got a gimmick now. And this gimmick is the smaller story akin to The Hobbit. Not every Marvel movie needs to reach for the stars. Especially after a star as high as Infinity War. Sometimes it just needs a strong trio to grab your attention. Paul Rudd is now the ideal everyday person that people can connect with how he handles life’s lemons. Evangeline Lilly has a very upbeat personality when she’s not pushed to her limits by the villains. And Michael Douglas can churn up so much sarcasm that only Ed Asner could compete with. Coupled with an improved Michael Pena sidekick, there’s as much comedy as there are mirrors in a fun house. And with twice the heroes in a big box, bruises and bone cracks will come in all shapes an sizes. That said even by small story standards some kinks aren’t entirely ironed out like the romantic connection between Scott and Hope. There’s chemistry between Rudd and Lilly for sure, but the script never gives them opportunities to develop their relationship. And is Spider-Man 3 always forgotten every once in a when concerning the villain quantity? Ghost is very sympathetic, but because of the mob boss serving no purpose other than allowing thugs to get maimed in car crashes she gets the short end of the stick just like Cate Blanchett did in Thor Ragnarok. Why not utilize her and the FBI agents to enforce the effects of the Sokovia Accords? There was a whole movie dedicated to the consequences on both sides. Why not explore that here to make the story an evolution from a heist to a getaway? And if we’re comparing this to the Avengers, there’s still no sign of Hawkeye which would’ve made a great bench warmer team up seeing how both weren’t on Titan of Wakanda.

Thankfully the de-aging effects have come a long was since Rogue One. Pfiffer and Douglas look like they’re on a time traveling vacation without realizing they’re being filmed. And the quantum realm feels like looking through a collide-o-scope that was build in a scientific observatory: different colors, patterns and textures intertwining with one another as if space was beneath your feat instead of lightyears away in the sky. And let’s not forget the size-tampering gadgets turning mundane objects into portable/powerful objects of unlimited uses. What more could a comic book fan ask for in the special effect department?

Ant-Man and the Wasp didn’t break any new boundaries, but it puts a lot of effort into a smaller piece of the puzzle.  If only it had the Wright touch to give it a little more identity and focus like the superior original. Then maybe it would be remembered when the Marvel Studios logo changes into a red 20 down the line. But If you liked the first, you’ll like this one as long as you set your expectations a little lower. And remember to use that two hours of laughter as a shield when the mid-credit scene unexpectedly stabs you in the heart. 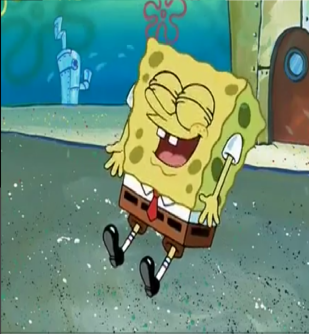 Cons: Where’s Hawkeye, too many villains, lack of focus