Now a changed man following the Civil War fracture, Black Panther T’Challa (Chadwick Broseman), is crowned king of Wakanda: an advanced civilization under the disguise of poverty and desolation utilizing their endless resource of vibranium for their own benifit. Surrounded by his most trusted advisors from family (Angela Basset and Letitia Right) to generals (Danai Gurira and Martin Freeman), the life of a king is put to the test when Ulysses Claue and Killmonger (Andy Serkis and Michael B. Jordan) shake the foundation of Wakandan tradition.

Whilst a few decades late of Blade, this solo adventure in a bigger pond grabbed the media by the horns with the ensemble African-American cast and crew backed by Creed and Fruitvale Station director, Bryan Cooglar. At some point the hype for this could’ve toppled like a Jenga tower of disappointment, but everything about it makes it both one of the best comic-book movies and best offerings of 2018. And it’s only February. Having sat through one too many white-washing bombs from Ghost in the Shell to The Last Airbender, this has the dignity to let the culture breathe and be itself without any compromise. Even if it’s a fictional place, Wakanda is as much a character to the cast as the Starship Enterprise is in Star Trek. Sunny plateaus house creatures of all species, costumes with gold plating are as alive as Doctor Strange’s cape, percussions echo throughout the land with every beat, it’s almost like introduction crash course. It goes without saying that the land as well as the entire cast bring everything to the table. From weighing the choices of traditions and the future to sibling banter over the smallest quibbles. It’s culture and characters brought to the forefront with a new twist.

As of 2018 this is the most serious story in the MCU, which is a huge surprise given how humor is their bread and butter. Sure there are one-liners here and there, but for the most part it could be mistaken for a great DC universe movie, in addition to Andy Serkis going off the walls with joy when he’s out of his mind. Aided by welding genres, the narrative never takes the same route every half hour: Coming-of-age, espionage, politics and the familiar territory. Killmonger wins you over to his side on motivation alone that you want to ignore his solution to atone for the sins of the past. He now joins the ranks of the Vulture and Ego overshadowing the mediocre villains of the past.

If anything’s nitpick worthy, it’s some of the action sequences that are pitch black to the point where you can’t see what’s going on. And a portion of the effects look like they escaped from Jumanji: Welcome to the Jungle without realizing that digital rendering work in a digital environment, not the real world. Thankfully the car chase in the trailers and other ideas concerning the city hold the cracks together.

Black Panther is more than just proof of growing popularity of melting pit films. It’s another benchmark for how far the Marvel Cinematic Universe has come in experimenting with new ideas outside their formulas. People from all different backgrounds will be looking up to this, whether they’ve read the comic or not, as it leads them to the destination of an even bigger battle to come.

Note: IMAX is the only way to go for this safari. And every Marvel fan knows what to do when the credits come. 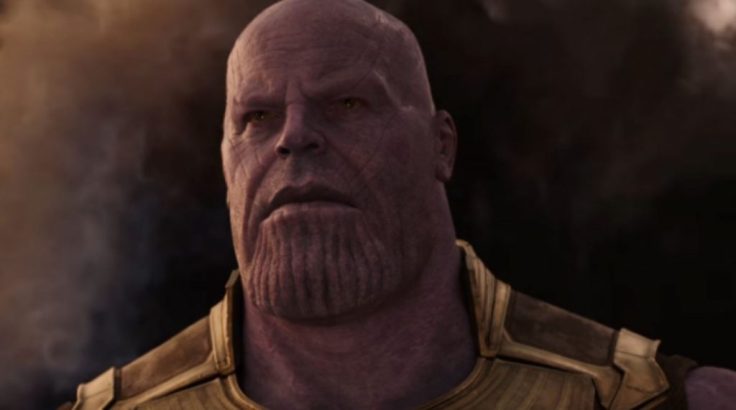 Meanwhile on the other side of the Earth…