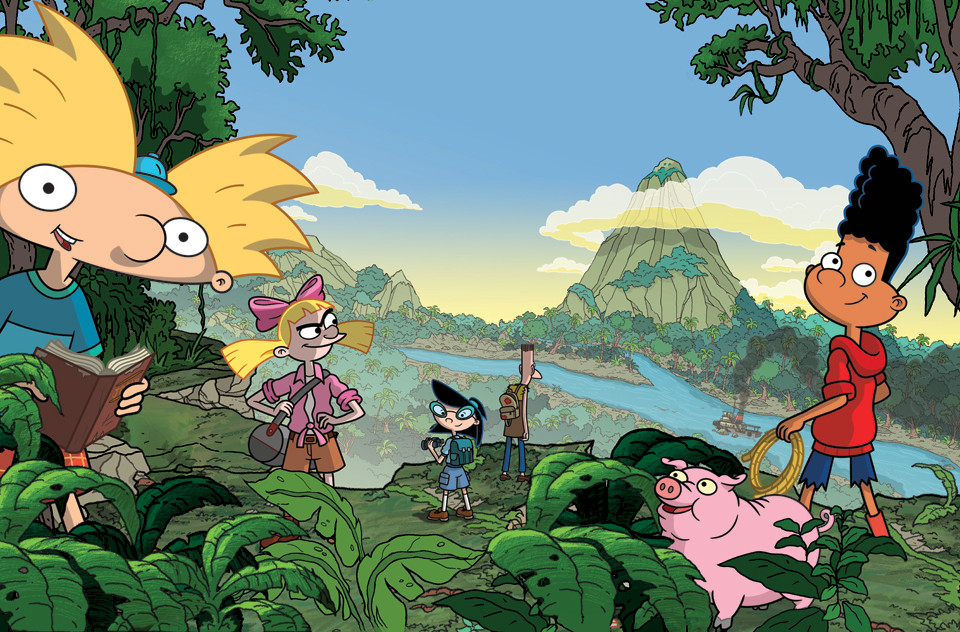 From memory lane to memorable finale

Originally slated for a theatrical conclusion in 2002, Hey Arnold!: The Jungle Movie was unfortunately swapped with the Save the Neighborhood special that eventually flopped. Arnold’s parents were left on a cliffhanger while the fans grew into adults. But after Samurai Jack made a crater of a comeback, Nickelodeon finally gave Craig Bartlett the green-light to give a proper send-off to his most successful series. And for the most part, it pays off.

Looking back at all the times their lives were made better with Arnold around, Helga unites their class to win a trip to San Lorenzo for their football headed friend. One emotional clip show later, the group is cruising down the river with a buffet from The Temple of Doom. Until they’re taken hostage by pirates lead by, La Sombra (Alfred Molina) who want to use Arnold to locate the green-eyed people and more importantly, their treasure.

The story isn’t grand or unpredictable which can be a hindrance considering the explosive curtain call of Samurai Jack. But the show was about the characters which are thankfully more utilized. Sure they’re subjected to unnecessary plot tension and get abandoned down the road, but with a group this large it’s a miracle that they each got their moment to be funny, helpful or both. The villain, while extremely visible, is still crafty leading to some graphic off screen content that sneaks back into frame. And it’s nice to have an animated movie that wants to be laid back with a dash of jazzy atmosphere and a garnish of funny slapstick: Something modern animation lost in trying to copy the Minions formula for a decade. Take a shot for every pop culture reference and you’ll be sober at the end credits. The new and original cast, including Dan Castellaneta and Tress MacNeille as the scene stealing grandparents, still bring their wit, humor and likeability when the unexpected is around the corner. The clip show montage serves as more than a nostalgia festival with every major and minor character having the same epiphany about what they’d be like without Arnold. Finally the ending is a full circle heart tug with a fake-out that could question you 90’s kid existence. Nice move Bartlett.

The animation stands out more than the neighborhood movie, which felt like it took a Dip bath in Who Framed Roger Rabbit. That fluidity in the improved technology is ironically more cinematic when combined with colors from the urban city and tropical jungle that could easily pass as a 2D video game by Naughty Dog.

Hey Arnold!: The Jungle Movie is a satisfying end to one of Nickelodeon’s most popular series. It’s relaxing, funny, endearing and might be a possible segway into a sixth season. If the kids grow up down the line along with Arnold’s bigger family, then who’s to know what kind of possibilities lie ahead. If not, then it’s a memorable finish line to cross.