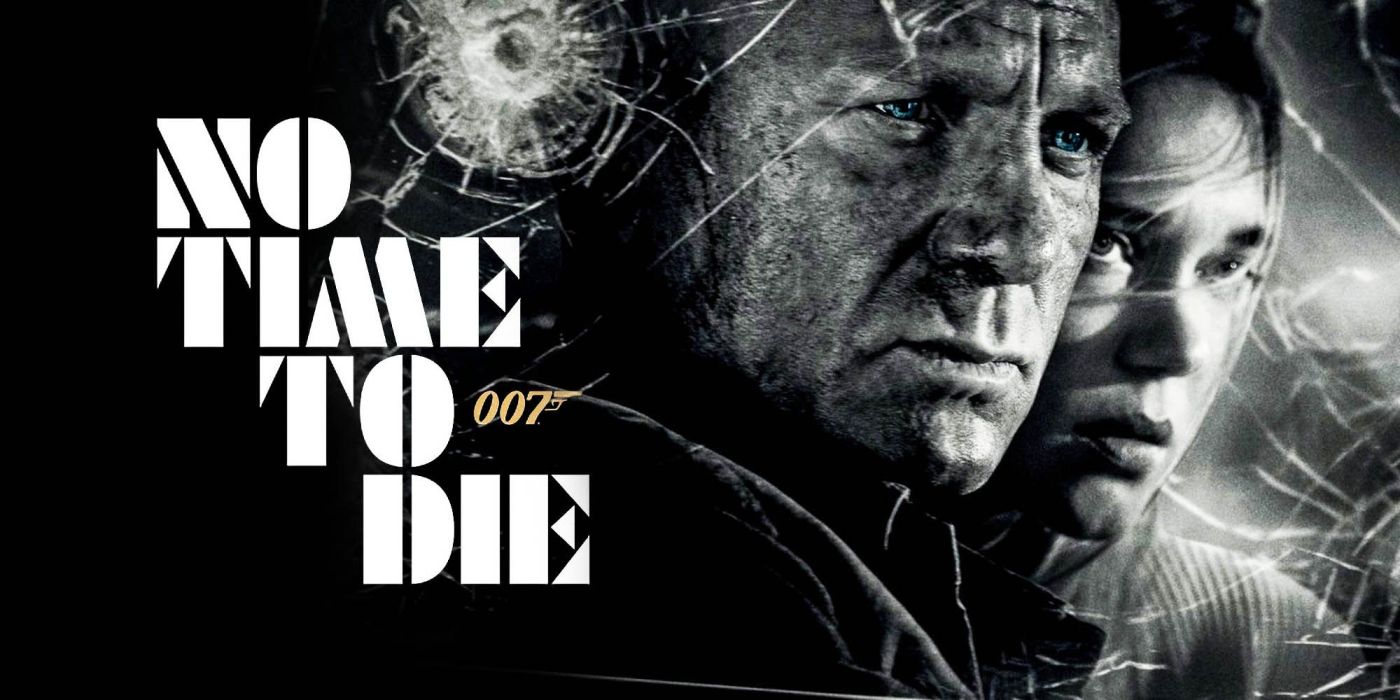 It’s hard to believe that it’s been fifteen years since Casino Royale. In that timespan, we’ve had three incarnations of Batman, four versions of Spider-Man (Twelve if you count everyone from Into the Spider-Verse), and a live-action adaptation of almost every animated Disney film. Yet Daniel Craig has remained the face of the James Bond franchise, partially due to unforeseen circumstances increasing the time gap between each new film: fan backlash, a writer’s strike, studio bankruptcy, court cases, and a hack attack. But here we are years later at the end of an era with No Time to Die: a film that garnered much anticipation before the COVID-19 pandemic delayed its release several times. Slumdog Millionaire’s Danny Boyle was originally set to direct with his frequent screenwriter John Hodge. Both left in 2018 due to creative differences with Eon Productions and were replaced with Beasts of No Nation director Cary Joji Fukunaga. Along with returning writers Neal Purvis and Robert Wade, Fukunaga enlisted Phoebe Waller-Bridge, the creator of Fleabag, to help pen the story. It currently ties with Goldeneye for the longest time span between two films, six years, holds the record as the longest Bond film at two hours and forty-three minutes, and serves as the final installment of the Daniel Craig Bond films, with the actor sustaining multiple injuries over the past fifteen years as the reason for stepping down. So how does James Bond exit this era?

Picking up after Spectre, Bond (Daniel Craig) is enjoying retirement with his love Madeleine Swann (Léa Seydoux). But it’s short lived when the terrorist organization comes calling, courtesy of the still captured Blofeld (Christoph Waltz). Five years after a break-up, Bond is approached by his CIA colleague Felix Leiter (Jeffrey Wright) to find the missing scientist Valdo Obruchev (David Dencik). It doesn’t take long for Bond to realize that cards have been played under the desk concerning the biological weapon project Heracles, now in the hands of Lyutsifer Safin (Rami Malek). During his time away, a new agent by the name of Nomi (Lashana Lynch) has filled in the 007 gap at MI6, tagging along with Bond on his mission.

From the very beginning, this has a lot to deal with after Spectre fractured the fan base. It has to continue said story, work as its own adventure, and wrap up everything established over the past fifteen years. For all its fame, the franchise has a long history of disappointing send offs with the likes of Diamonds Are Forever and Die Another Day. But like the best Craig films, this takes the tropes of the past and puts a new spin on them, with more character driven humor unlike its predecessor. Some elements were deleted from previous films as covered in the book Nobody Does It Better: The Complete, Uncensored, Unauthorized Oral History of James Bond.

Craig still brings everything to the role as an agent who hasn’t lost his touch, along with everyone who comes back for the final hurrah. Their history is re-established as they invade each other’s personal lives in the name of king and country, heightening the connections established since Skyfall. Sadly it omits one of the better parts of Spectre which integrated the side characters in the field, effectively diminishing their presence. Thankfully the action makes up for that missed opportunity by staging elaborate car chases and gritty bullet exchanges. Too bad the lackluster romance, which was a big problem near the end of Spectre, is now amplified with more screen time, not that it’s any fault of Seydoux or Craig. However, it does lead to uncharted territory that would otherwise be ignored in any other era.

This time, the great Hans Zimmer scores the music and it’s invigorating hearing his rendition of the Bond theme as well as the tunes that echo how far this era has come in establishing its own identity. The intro song by Billie Ellish also feels climactic, even if it does echo The Writing’s on the Wall. The final act also brings everything to a satisfying conclusion to where Bond ends up, regardless of the divisive reaction.

Unfortunately for a finale, many elements fall apart near the finish line, mainly the villain which puts the late Christopher Lee from The Man With the Golden Gun in a higher rank by comparison. It has a great set-up with his origin, but between Blofeld and project Heracles, it’s at war with itself on focus. Given that this is the last film in the series, the run time is more than welcome to prolong the inevitable if there is enough content and careful pacing, which sadly this doesn’t have. Scenes go on longer than they need to, there’s too many new characters when the established crew could build upon their connections, and the villain would’ve benefited greatly from more screen time. One could point to the broken continuity of the previous films for all of these faults, but for what they had to work with, it’s serviceable to the end.

No Time to Die caps off the Daniel Craig Bond films with both the best and worst traits of the era. Craig is still charismatic while being a soldier, the theme song is fittingly bittersweet, the terrorism scheme works, the action stages many impressive vehicle chases, Hans Zimmer’s score emotes the sunset on this actor, the daring narrative choices bring new opportunities for Bond, and the final act will age better with time as it has proven polarizing among its audience. It’s just a shame that the villain isn’t as memorable as its hero, the pacing is bogged down by scenes that could be trimmed, the hit and miss romance is center stage despite the actors giving their best efforts, and the narrative is at war with itself on focus. However, given the long history of disappointing send-offs in this franchise, it’s a miracle that this goes out on an adequate note. Ranking all the films in Daniel Craig’s run, Casino Royale is still the stand out, followed by Skyfall, No Time to Die, Spectre, and Quantum of Solace. Despite all of its flaws, this should still be experienced in theaters because it’s not everyday that you get to witness the last time an actor will play James Bond. Just make sure you use the restroom before it starts. And if you’re curious about opinions on the specific details that’s being spoiled on Film Twitter, stay tuned for an in-depth analysis once enough time has passed.

What did you think of No Time to Die? Who would like to see fill the shoes of James Bond in the future? Henry Cavil? James McAvoy? Idris Elba? Whatever your thoughts are, comment and discuss with others.